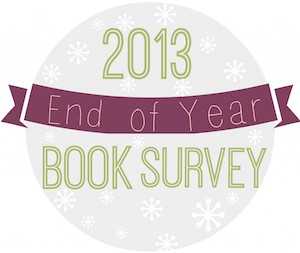 I’m in the middle of Christmas visiting and moving, so my reading has dropped down to practically zero. The only upside to this is that I have brain space to think about this year’s reading overall.

I was considerably surprised and impressed by Gabrielle Donnelly’s The Little Women Letters. Wonderful story, fabulous characters and situations.

I read three more of Bill Bryson’s books this year (A Short History of Nearly Everything, In a Sunburned Country, and I’m a Stranger Here Myself), and recommended his works to several people.

Douglas Preston and Lincoln Child’s Pendergast series, the first of which is The Relic. A Sherlockian-detective, a monster loose in the bowels of one of New York’s most popular museums, and all kinds of chill-inducing moments.

Definitely Muriel Barbery’s The Elegance of the Hedgehog. This foray into contemporary French literature was a train wreck.

Lindsey Barraclough’s Long Lankin had me in shuddering suspense from beginning to end.

It’s a toss-up between The Radleys (simple but perfect) and Murder on the Eiffel Tower (it’s so elegant and vintage-looking). 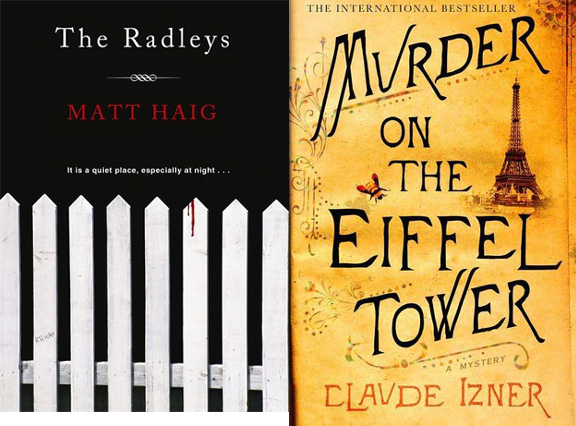 Emily from Lauren Baratz-Logsted’s Little Women and Me. In this sense “memorable” means I wanted to throw her off a cliff.

The Elegance of the Hedgehog, The Name of the Rose, and Little Women and Me reminded me that sometimes publishers make terrible choices. I want to heave all of these into the deepest pits of Tartarus.

Undoubtedly The Phantom Tollbooth. I had a copy of this as a kid, but for some reason the cover art turned me off, so I never read it. I was missing out!

In “The Effect of a Native Mexican Diet on Learning and Reasoning in White Rats,” subjects were served chili con carne, boiled pinto beans, and black coffee. Their scores at maze-solving remained high, possibly because of an added impetus to find their way to a bathroom.

And from Bill Bryson’s A Short History of Nearly Everything:

You may not feel outstandingly robust, but if you are an average-sized adult you will contain within your modest frame no less than 7×1018 joules of potential energy—enough to explode with the force of thirty very large hydrogen bombs, assuming you knew how to liberate it and really wished to make a point.

Ava Farmer’s Second Impressions had me twisting in agonized hatred for the author and her butchering of a beloved cast of characters. None of my close friends are Bookish or Austenites, so I had no one to rant to but my blog. 🙂

18. Favorite relationship from a book you read in 2013 (be it romantic, friendship, etc)?

19. Favorite book you read in 2013 from an author you’ve read previously?

Mary Roach’s Gulp and Bill Bryson’s A Short History of Nearly Everything (this answer is likely to remain the same every year until one of these authors stops writing).

20. Best book in 2013 you read based solely on a recommendation from someone else?

My mother-in-law recommended Rhys Bowen’s Her Royal Spyness, which ended up being a nice, light, enjoyable mystery.

Looks like a pretty close balance between mystery/thriller and paranormal/supernatural.

I actually didn’t read too many books with swoon-worthy characters (I need to rectify that next year!), but I did like Levi from Rainbow Rowell’s Fangirl. He was just a good guy.

The only book I read that I know was release this year was Charles Blackstone’s Vintage Attraction, and I really enjoyed it.

The world of Lindsey Barraclough’s Long Lankin was a character unto itself, malevolent and secretive. Brilliant.

Christopher Healy’s The Hero’s Guide to Saving Your Kingdom was so much fun to read. And although the plot of Willa Cather’s My Antonia was not “fun,” I really enjoyed discovering that the classic novel is incredibly well-written and wonderful.

Paul Bailey’s Chapman’s Odyssey got me right in the feels.

Willa Cather’s My Antonia is a classic, but I don’t know anyone who’s read it (and I didn’t even read it till this year). I know this is the case with many classics, but I think Cather’s novel is down-to-earth enough to be enjoyed by those who think the classics aren’t for them.

I really wanted to read Michael Wex’s Born to Kvetch, but it was consistently checked out of my local library. Next year!

No idea. But it’ll be fun to see what surprises me.

I can’t get to the new books until I’ve read all the old ones. 🙂

4. Series ending you are most anticipating in 2014?

I don’t believe the series is ending, but I’m looking forward to Rick Riordan’s The House of Hades. Love me some mythology, and I’ve heard some interesting and great things about this latest one.

5. One thing you hope to accomplish in your reading/blogging in 2014?

I’d like to complete all my reading challenges. 2013 was the first year I met that goal (here they are), and I want to keep that pattern going next year.