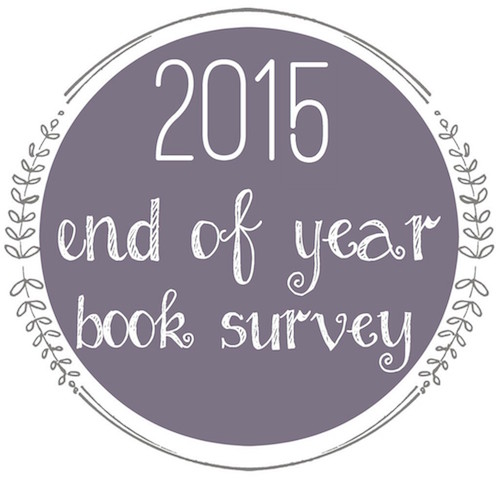 Early every December I realize I’m officially sick of whatever year we’re currently in, and start dreaming obsessively about how much better the next year will be. This is doubly the case with 2015 — some awful stuff happened, and lately I’ve spent a lot of time worried about…well, everything.

Fortunately we’re on the cusp of the New Year, a time to look back, keep what you find good and valuable, and dropkick the detritus out into the snow. I try do this in all areas of my life, and here on the blog I get the chance to focus on my reading.

Smoke Gets in Your Eyes, by Caitlin Doughty. It was a good book and I’m a big fan, but it didn’t focus on the information I thought it would.

The Castaway Lounge, by Jon Boilard. My first review at Insatiable Booksluts, and not something I thought I’d end up enjoying as much as I did.

Lincoln’s Melancholy, by Joshua Wolf Shenk. I’ve loved reading about Lincoln for about a year now, and Shank’s book has some amazing insights into our 16th president’s mental challenges. As someone who struggles with similar feelings, it was inspiring to read about how Lincoln dealt with his depression and anxiety.

Karen White’s Tradd Street series. The House on Tradd Street was a great way to recapture a little bit of that Charlestonian feel I had when visiting South Carolina with my mom in 2014.

Deborah Blum! The Poisoner’s Handbook was one of my favorite reads of the year. She’s a meticulous researcher and excellent writer.

The Castaway Lounge focused on seedier topics than I normally read about, but ended up being a great read.

Thanks to a ridiculous commute to and from work, I’ve been listening to a ton of audiobooks. My library has a lot of options, and in the last few months I’ve rediscovered my love of Clive Cussler novels. Dirk Pitt will always be my favorite, but the Kurt Austin and Sam/Remi Fargo series are also excellent. They’re action-packed and so much fun!

Pioneer Girl, Laura Ingalls Wilder’s annotated biography. It’s packed full of so many details that I’m sure I missed lots. And once I read that again, I’ll probably cycle back through the Little House series for the nine millionth time.

I’m going to cheat a little on this one — it’s an entire book of book covers. Jane Austen: Cover to Cover is a beautifully designed book on its own, and it includes some amazing examples of her novel’s covers. 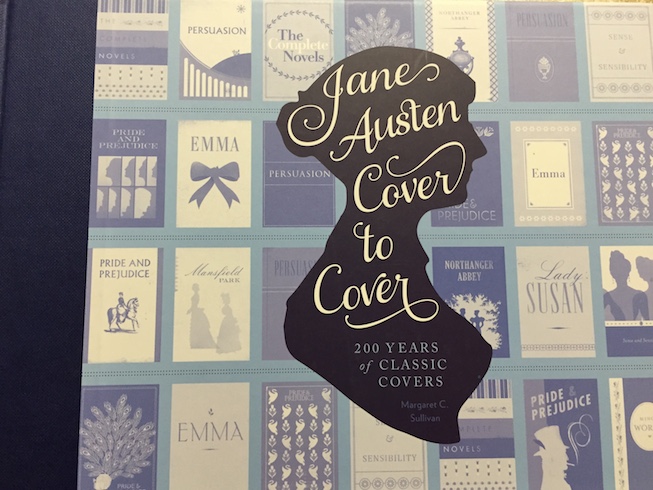 Theodore Roosevelt (not a character, but definitely a character). The guy was a machine, comprised of teeth, glasses, and adventure. I’ve read a couple biographies on TR in the last couple years, and just finished watching Ken Burns’ documentary The Roosevelts.

Again, Lincoln’s Melancholy. It felt so good to see that I and a man I admire had some of the same mental challenges. Lincoln’s method for dealing with his issues has had a great impact on me, and I like to think I’m better for having read the book.

First up is a quote from Kathy Reichs’ Déjà Dead:

When summer arrives in Montreal it flounces in like a rumba dancer: all ruffles and bright cotton, with flashing thighs and sweat-slicked skin. It is a ribald celebration that begins in June and continues until September.

And then from The Unpublished David Ogilvy:

Develop your eccentricities while you are young. That way, when you get old, people won’t think you’re going gaga.

It didn’t make me reel, but I found Shopping, Seduction, and Mr. Selfridge endlessly interesting. It made me want to pal around with marketing folks and “talk shop.”

18. Favorite relationship from a book you read in 2015 (be it romantic, friendship, etc)?

I loved the relationships between the main characters in The Legend of Eli Monpress. The team of outlaws (Eli, Joseph, and Nico) obviously care for each other a great deal, and do some amazing and stupidly dangerous things to save each other.

19. Favorite book you read in 2015 from an author you’ve read previously?

Laura Ingalls Wilder’s Pioneer Girl. It’s annotated, but the original words are Wilder’s, and I’ve loved her stories since I learned how to read chapter books.

20. Best book in 2015 you read based solely on a recommendation from someone else?

The only book recommended to me this year by someone I know personally was The Legend of Eli Monpress, and it was a total success.

This year it’s back to mystery/thriller (26 books), with history in a far second (17 books).

I’ve got a little bit of a thing for Garrett from Pilgrims Don’t Wear Pink. He’s a know-it-all nerd, but he’s also sweet and good.

I don’t know if I read anything that came out this year.

The Legend of Eli Monpress, for sure. A beautiful, harsh, fully-realized world that I’d love to spend time in.

Any of the Clive Cussler audiobooks I listened to. They’re brain candy for smart people.

The Butler: A Witness to History (audiobook) got me a little choked up. Eugene Allen was a butler to eight US presidents, and lived long enough to see President Obama’s inauguration.

I don’t pay too much attention to what other people say about the books I read. Generally only when I’m feeling conflicted about a book will I purposefully search out others’ reviews.

My mom’s been on me for years to read Allan Gurganus’ The Oldest Living Confederate Widow Tells All.

None in particular. My reading plans have been pretty organic this year, something that will continue in 2016.

I don’t think much about debut dates, but see below.

4. Series ending you are most anticipating in 2016?

Currently the only series I’m reading through is the Tradd Street series, and the next one doesn’t come out until 2017 (boo!).

5. One thing you hope to accomplish in your reading/blogging in 2016?

To enjoy books and reading as they happen, and talk about them with other bookish people.