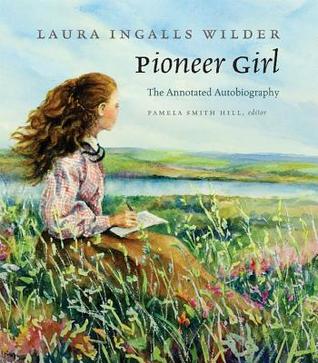 Laura Ingalls Wilder is best known for her Little House books, which tell the semi-autobiographical story of her pioneer family. These tales did not sprout fully formed from Wilder’s head — in fact, she originally penned them all together in a single autobiography she called Pioneer Girl.

Wilder’s daughter Rose — a published author herself — tried throughout the 1930s and 1940s to have Pioneer Girl published, but could never find a buyer. Eventually Rose convinced her mother that a series of children’s books based would sell better.

If you’ve read the Little House books, you’ve read most of the stories Wilder tells in Pioneer Girl. What’s fascinating is comparing the two. Critics of Wilder’s books enjoy saying that Wilder herself couldn’t write, that it was Rose who edited the books and added enough to make them great. But it’s so obvious in Pioneer Girl that Wilder always had the talent — she just needed to develop a voice and stronger storytelling chops.

There are still things we don’t know about Wilder, such as why she chose to fictionalize some parts of her autobiography. But Pioneer Girl gives amazing insight into her life and her writing. The prefaces offer larger context on Wilder’s life, as well as a peek into the editing and research it took to get it ready for publishing.

Now if you’ll excuse me, I need to get back to re-re-re-reading Little House on the Prairie.