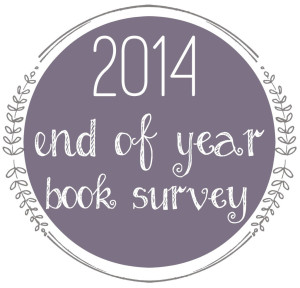 2014 has been quite a year, and not necessarily a good one. I’m so excited that it’s finally the holiday season, and that I have some time to look back over my reading for the year. I’ve read fewer books, but more of them have been excellent than ever before.

The Book of Madness and Cures and Lady Molly of Scotland Yard were kind of “blah,” and Heads in Beds and The Copper Sign should have been tossed out a window.

Even though I love Doris Kearns Goodwin, I was worried that The Bully Pulpit was going to be a little dull. I didn’t know much about Roosevelt and Taft, and wasn’t sure it would be interested. As usual, though, I underestimated Goodwin.

It’s a toss-up between J.J. Abrams and Doug Dorst’s S and Ian Mortimer’s The Time Traveler’s Guide to Medieval England. Both are incredibly fascinating and I would love to talk with someone about them!

Pegasus Books sent me a copy of The Mangle Street Murders, which features a seemingly heartless bastard of a “private detective” and his stubborn niece. I’ll be getting an advanced copy of the second in the series soon, and I’m so excited!

Terry Goodkind’s books have been around for decades, but Best Friend gave me a copy of Wizard’s First Rule and now I’m a little obsessed with the entire series.

The Seeker kept me up until 2am (and then I was too scared to sleep), and I read S twice in the period of a week.

I may not re-read it all the way through, but I’ll probably skim through The Time Traveler’s Guide to Medieval England again. It’s an easy book to pick up and start reading anywhere. 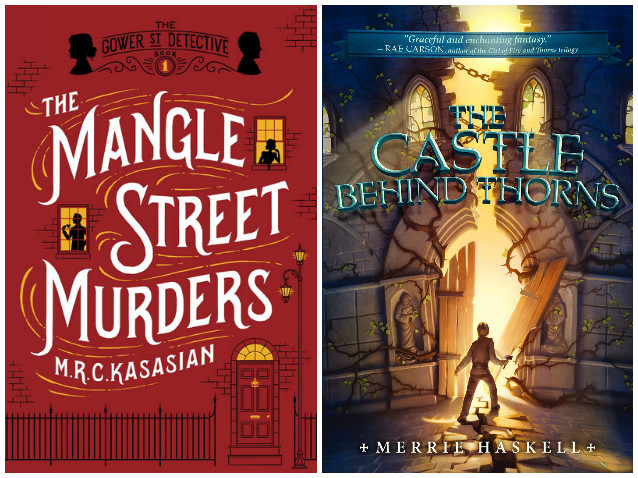 Kahlan Amnell from Terry Goodkind’s Wizard’s First Rule. She’s strong and brave, and has an interesting backstory in a fascinating world.

The All-Girl Filling Station’s Last Reunion was both hysterical and heartbreaking.

I read a lot of great books this year, but the one that stuck with me the most was actually The Copper Sign, the most eye-rollingly stupid novel I read all year.

I tend to cycle through my TBR list fairly quickly, so there isn’t one particular book I found myself thinking, “Why did I wait so long to read this?”

Listening to This I Believe gave me a bunch of great quotes to love, but this one is my favorite:

Definitely S — the entire novel. Read this so we can talk about it!

18. Favorite relationship from a book you read in 2014 (be it romantic, friendship, etc)?

The Mangle Street Murders features Sidney Grice — snobby “private detective” — and his niece March Middleton. Their relationship starts off a little rocky, and I think it’s going to be fun to see what happens.

19. Favorite book you read in 2014 from an author you’ve read previously?

20. Best book in 2014 you read based solely on a recommendation from someone else?

I got a free copy of The Seeker from Pegasus Books, and trusted their recommendation. Boy, were they right!

Somewhat surprisingly, history. I’ve always loved it, but in the last couple of years have been reading more fantasy type stuff. It’s been a nice change.

Richard Cypher from Wizard’s First Rule. And kind of on Kahlan as well. And to be honest, on Denna as well.

Wizard’s First Rule has some amazing world building, from Confessors to Mord-Sith and magic and Sword of Truth and a million other things. It’s intimidating that there’s more than a dozen books in the series, but I really want to continue reading.

Reading The Seeker scared the shit out of me, and it was awesome.

The All-Girl Filling Station’s Last Reunion, for sure.

I don’t pay too much attention to what other people say about the books I read.

I got a copy of J.A. Kazimer’s Froggy Style from PaperBack Swap, and just haven’t had a chance to pick it up yet.

Even several months after my visit to South and North Carolina, I’m still obsessed with reading books set in the area. The House on Tradd Street promises a great Charleston feel with a nice mix of romance and mystery.

I don’t think much about debut dates.

4. Series ending you are most anticipating in 2015?

I’m not sure if any of the series I’m reading are ending in 2015. Another thing I don’t pay much attention to.

5. One thing you hope to accomplish in your reading/blogging in 2015?

To enjoy books and reading as they happen, and not freak out about my blogging schedule.