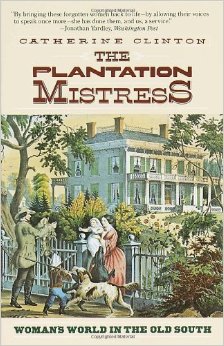 Much has been written about the Civil War era, slavery, and the lives of 19th century plantation owners. But researchers have done history a disservice by ignoring — or even actively propagating — the myth of the “Southern belle.”

Catherine Clinton’s The Plantation Mistress is an in-depth look at the lives of the women of the Old South, who were both a part of and separate from the world in which they lived. It’s an amazing look at the lives of women in the 19th century South, and shows clearly that while the “Southern belle” may have existed briefly, it was the “Steel magnolia” who reigned.

Southern belles can kiss my grits

Most people (especially — ahem — non-Southerners) tend to think of the women of the Old South as pretty, but also vain, stupid, prone to dramatic fainting, and almost totally ornamental. You know, like this:

But the life of an actual plantation mistress was one of isolation, hardship, fear, and a certain amount of boredom. More like this: 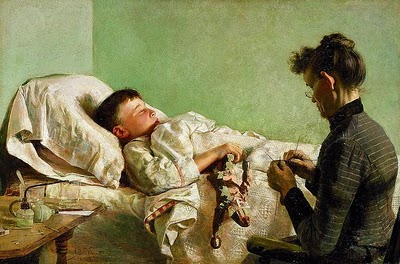 A plantation owner’s wife lived in a literal gilded cage, surrounded by fine things but unable to leave without a male escort, often hundreds of miles away from her family. Her husband could (and often did) leave the plantation for weeks or months at a time to do business elsewhere in the country, leaving her to run the plantation alone.

The plantation mistress was responsible for running her home and raising and educating her children. On top of this she also saw to the needs of any slaves her husband may own, sewing their clothes, keeping a garden to feed them, and seeing to their medical needs.

Being a mother and running a household can be a thankless job even in 2016, and in the 19th century South it was simply expected and not something most husbands would consider praising their wives for doing well.

A world of contradictions

The plantation mistress was expected to run a household (without any real experience beforehand), bear children (while not experiencing any sexual passion or enjoyment), and be an intelligent companion to her husband (but not too intelligent, and without much formal education anyway).

She was tasked with running the plantation in her husband’s absence, but as a woman did not have the actual authority to do so. She was supposed to teach the tenets of Christianity to her children, but also that African-Americans were subhuman and better off as slaves.

The contradictions were not lost on these women. Many expressed frustration, loneliness, and fear of failing to meet impossible standards.

Clinton’s book is a fascinating and infuriating study of the hidden stories of our country’s history. The Plantation Mistress proves once and for all that the Southern belle never truly existed — and that it was Steel magnolias who, in part, powered the Old South in the 19th century.