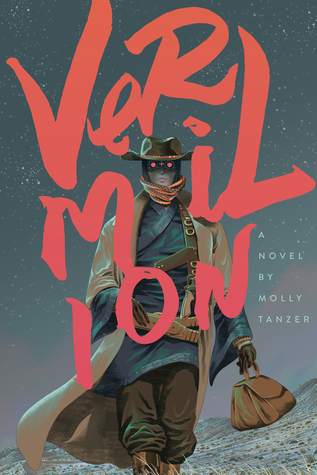 Some in San Francisco have accused Elouise “Lou” Merriwether of being more comfortable with the dead than the living; most days Lou would probably agree. As a psychopomp, it’s her job to hunt down and banish ghosts and other supernatural manifestations before they wreak havoc on the humans around them.

When her mother informs her that dozens of Chinese men have disappeared from the city’s Chinatown — and that white policemen are ignoring the disappearances — Lou sets out for Colorado, convinced that her skills as an investigator will be of much less use than her skills as a spirit-placating psychopomp. But she seems to be the only one willing to take the job.

Lou’s used to dealing with weird shit, but this is the strangest case she’s ever worked. Her investigation leads her to a Colorado sanatorium called Fountain of Youth, where she immediately realizes she’s up against something far more intelligent and evil than she’s ever faced.

She can’t tell friend from foe at the sanatorium, but knows she’ll have to rely on someone for help — because her enemy is about to put into action a plan that could tilt the balance of power permanently into the hands of a madman.

You should never miss an opportunity to read a book in which the main character’s go-to tool is a set of goggles with replaceable lenses that let her see all kinds of cool stuff. Oh, and there’s anthropomorphic bears, sea lions, and walruses too (cause why not?).

Lou is a great character, smart and determined. As the daughter of an English father and Chinese mother, she feels a unique kinship with the ghosts she banishes: they’re all stuck somewhere in between, unhappy where they are yet unable to move forward.

Vermilion starts of a little slow, especially as the reader must get used to the world’s norms. And the depth of the evil at work at Fountain of Youth is as much as surprise to the reader as it is Lou. There’s a brutal interrogation scene, and the last few chapters are downright gruesome.

Don’t let this put you off — Vermilion is a whole lot of fun. Look out for Coriander, who starts off as a bit of an oddball but quickly became one of my favorite characters.

**Minor spoilers in this section. Proceed with caution.**

I was probably about three-fourths of the way through Vermilion when it occurred to me that the book’s got a lot of “non-typical” characters: there’s a couple gay men, a couple gay women, some pansexuals, and a hermaphrodite. By the end of the book, it’s even up in the air as to whether Lou herself is heterosexual. At one point I caught myself thinking, “Are are any heterosexuals in this book?”

And then I made this face:

When, in the history of anything ever, would I (or anyone) think, “Gee, there’s a lot of heterosexuals in this book!”? Is my reading scope so narrow that a book featuring multiple non-heterosexual, non-cisgendered characters is totally out of place?

I don’t know what else to think, other than that this realization makes me uncomfortable and that I don’t know what to do about it. On one hand it makes me think I should actively be searching out literature with a more diverse range of characters; but on the other it makes me want to cling more tightly to what I currently read because I don’t think I should change my reading habits out of a sense of obligation. On a third hand, it makes me sad that mainstream literature has so little diversity.

My only complaint is that the ending doesn’t wrap up nicely. It seems like Vermilion is meant to to be first in a series, but I can’t find any information on whether or not Tanzer’s got a sequel in the works.

(I read this book as part of the Monthly Motif Challenge. February’s challenge was to read a book that’s been released in the last year.)