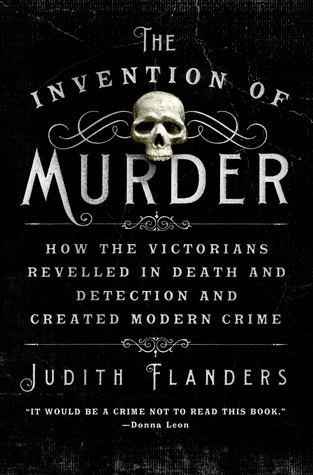 Murder has been around for thousands of years, but it was the Victorians who perfected the art of publicizing it.

Every kind of murder — from disemboweling to poisoning — was fodder for journalists, authors, playwrights, and songwriters. Audiences could not get enough, and it’s been the same ever since.

In The Invention of Murder: How the Victorians Revelled in Death and Detection and Created Modern Crime, author Judith Flanders details dozens of murders and the stories they inspired — including what we now know as modern detective fiction.

If you’ve ever kept up with a murder trial by reading articles, read the Sherlock Holmes stories or anything by James Patterson, or recognized something “ripped from the headlines” in an episode of Law and Order, you can thank the Victorians.

Humans have probably always liked hearing and gossiping about murderers and their motives, but the 19th century was the first time the majority of the population could afford to buy newspapers (and were educated enough to be able to read them).

It was interesting to see how the crimes Flanders writes about spread into, novels, plays, music, and popular culture. These entertainments influenced (and were influenced by) England’s police forces, which in turn developed and used scientific discoveries to change how murders were solved, and suspected criminals tried.

Flanders’ book feels repetitive, especially earlier on. It was only when I got to the chapters about poison panics and how those and other murders influenced the development of detective novels that I got interested fully.

The Invention of Murder is a well researched — if skimmable — read. Perfect for weirdos like me who enjoy what happens at the intersection of history, science, and literature.

(I read this book as part of the Mount TBR Reading Challenge.)

2 thoughts on “Review: The Invention of Murder”