The last 12 months have been the worst of my life. But they’ve also been the most liberating. I lost my job, went on unemployment, moved to a new town for a new job that was almost immediately dissolved, and spent the next six months searching for yet another new job. My savings took a big hit, and now I’m too far away to see the therapist I really liked.

I also learned that going on unemployment is not shameful. I applied to so many jobs (around 170 since last April) that writing resumes and cover letters became as easy as breathing. Even interviews lost most of their terror. I learned I can book movers, stand my ground with stupid apartment complex managers, and drive myself through downtown Austin during evening rush hour.

Through some of my favorite people — Jenny Lawson, Wil Wheaton, Linz DeFranco — I learned that anxiety lies to me. It tells me I’m a bad employee, a bad wife, a failure, that I constantly disappoint those around me.

I learned that one of the best ways to fight anxiety is to be open about it. I’ve started blogging more about it, and using #anxietygirl in some of my tweets and Facebook posts. Some things I’ve shared:

I don’t post these things to gain sympathy. I post them because 40 million people in the US have an anxiety disorder, but only about a third receive treatment.

I want my friends who count among those 40 million to know that they are not alone; I want those who don’t have anxiety disorders to understand a bit better what’s happening in my brain.

Being more open is scary — it might mean that some people will think less of me, or that I could face prejudice at work.

But I’m tired of hiding, of pretending that I don’t have to fight my brain every day for who gets to control my feelings. I’m being honest, I’m using my anxiety against itself, and I’m better off for it. 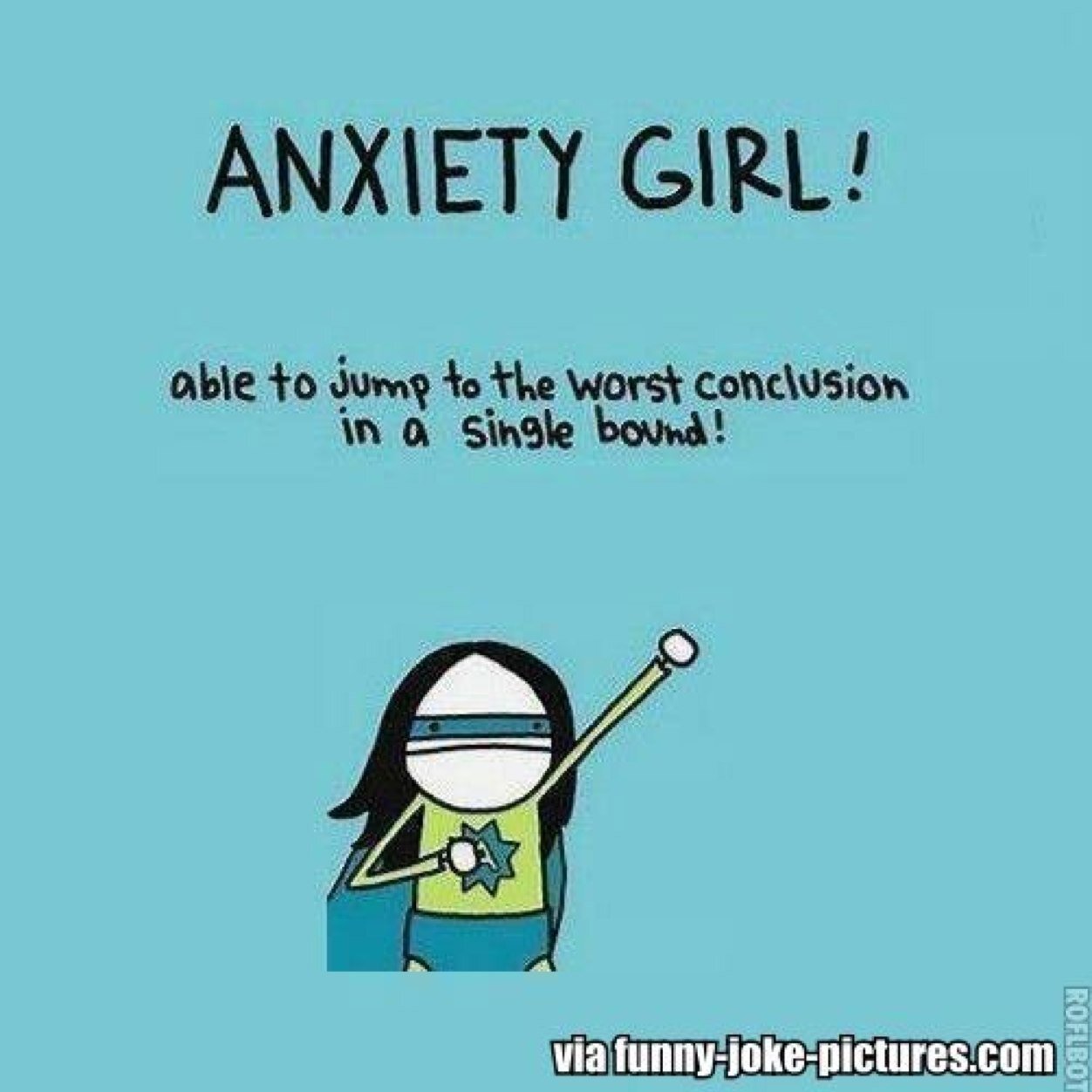 6 thoughts on “The Importance of #AnxietyGirl”