I’ve written before about how I accidentally became a minimalist in college. It started out as a logistical necessity, but in the last few years it’s become kind of an obsession.

In 2017 I read Marie Kondo’s hit book The Life-Changing Magic of Tidying Up. While I think some aspects of her method are a little much (I don’t empty my purse every day), I found it marvelously helpful in my minimalism journey. I had lots of things that weren’t adding value to my life, but I was holding on to them either out of guilt or because I just liked them. The Minimalists showed me that I could get rid of stuff; Marie Kondo showed me that I didn’t have to.

KonMari ALL the things!

I did my first KonMari clean in April 2017, and documented bits of it on my Instagram. I tackled my clothes first, of course: 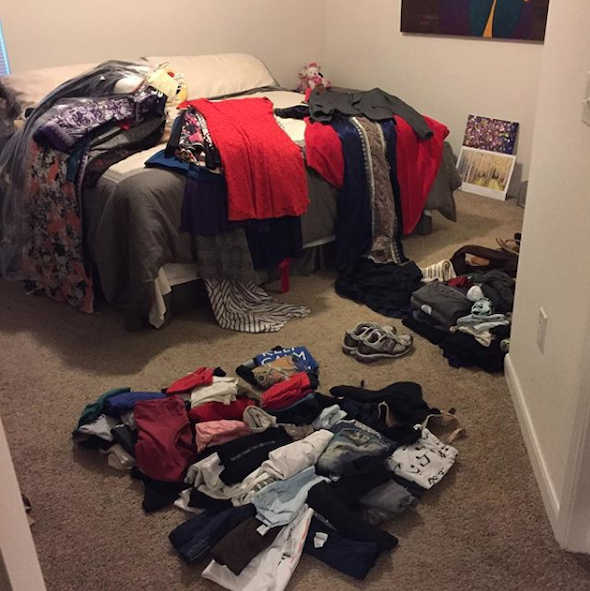 Then, almost a year later, after working through everything else in my home, I finally got up the courage to go through the last category: old photos. 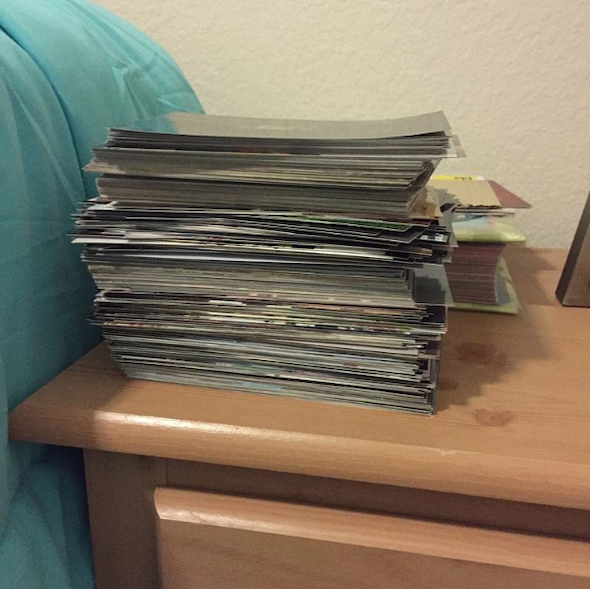 I went from five photo albums down to one. It felt so good, and I haven’t looked back.

But clutter is sneaky

I keep up with my minimalist lifestyle and still diligently fold all my clothes into little squares just like Saint Marie decreed, but I continually find myself fighting the Battle Against Clutter. Stuff piles up. The donation box fills but I don’t take it to Goodwill. I conveniently ignore the giant box of paperwork taking up room in my closet.

I cope with my generalized anxiety disorder by cleaning and organizing. Life has been more than a little insane recently, and I reached the tipping point where I wanted stuff gone.

In an effort to be strategic and thoughtful — rather than just throwing out everything I own — I tried out the 30-Day Minimalism Game. Day 1 I found one thing to donate, sell, recycle, or toss; day 2, it was two things; day 3, three things, etc. If I had completed the challenge, that would have meant getting rid of 465 things.

I only ended up playing along for about 18 days, but that’s still over 170 items that I was able to remove from my life. I posted the full list here. By far the biggest category was old paperwork. I had stuff from previous jobs and various closed accounts, old medical bills, etc. The oldest stuff was from 2013, which is way older than anything I’d genuinely need to keep.

I didn’t get rid of the full 465 items, but I didn’t need to. I just needed a little decluttering effort to help me breathe a bit easier.

One size fits some

Minimalism has, perhaps not wrongly, earned a reputation similar to veganism: the people who practice it harp on about it endlessly, try to convince you that the way they live is the “best” way, and do a lot of #humblebragging about how they’re not bowing to society’s pressures.

But minimalism — just like “eating healthy” — can and should mean different things to different people. The tiny house movement is hugely popular, but I’d hate living in one. Marie Kondo prefers having only 30 books, but I have close to 300 because books add value to my life and make me happy. There’s no “ideal” minimalism other than what’s ideal for you.