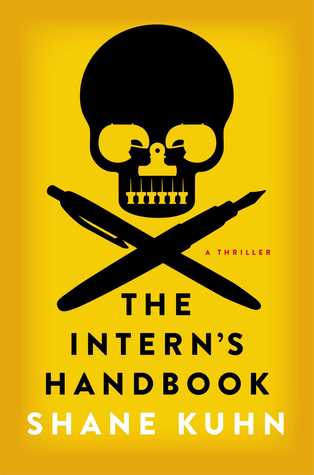 If you work a company that hires interns, think carefully: can you remember their names? Probably not. And why should you? Interns are there to fetch coffee, deliver packages, and do all the grunt work no self-respecting salaried employee would.

And that’s just the way they like it. An invisible intern is ignored, underestimated — and deadly.

Welcome to HR, Inc., a “placement agency” that sends assassins-for-hire to take high-profile executives who have stuck their noses where they don’t belong. The Intern’s Handbook is a field guide to this cat-and-mouse world written by its stealthiest inhabitant: John Lago.

The book you’re holding is part how-to, part confessional of John’s final mission at HR, Inc. He’s going against some truly dangerous people, including a sexy FBI agent named Alice who’s trying to take down his target. Will John prevail, or will his final mission mean his death?

The Intern’s Handbook promises to be a thriller, and it more than delivers. It’s perfectly paced, filled with unexpected twists that kept me on my toes, and has the perfect amount of action, snark, and witty banter.

John’s a boy in man’s clothing, a sociopath trying to end up a good person. The novel’s first person perspective puts you right in the middle of his messed-up mind, and it’s fun seeing how that mind ticks.

Like most readers, I generally only dislike a book when it’s poorly written or structured, or is a genre that I don’t enjoy. Shane Kuhn’s novel has the distinction of being one of the few books I’ve read that is genuinely perfectly executed…that I ended up not liking. And it’s all because of those last few chapters.

I’m a happy endings kind of gal. Although many would consider John’s survival and discovery of his true parentage a happy thing, I find Bob and Alice’s trickery and betrayal too much to swallow. I know it’s all set up to prove that Bob is your basic asshole, but I feel like that’s something I already knew — why go to such extreme lengths to restate the point?

In the end, I just want the characters in the books I read to be happy. The Intern’s Handbook does end on a bit of an optimistic note, but I get the feeling that John spends the rest of his life adrift, rich, but purposeless and friendless. What kind of life is that?

I would still recommend this book to thriller fans, but be prepared for an unexpected — and somewhat unfinished — ending.

What do you think of happy endings? Do you need them to enjoy a book, or can you take ‘em or leave ‘em?

2 thoughts on “Review: The Intern’s Handbook”