But Stoker was actually late to the genre party; Dracula was published in 1897, while the first true Gothic novel was published almost 135 years prior — and it’s this book that’s first on my list of Gothic novels you should read this October.

The Castle Of Otranto, Horace Walpole (1764) 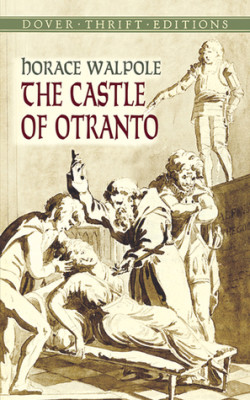 The story begins with a wedding during which the groom is crushed to death by a massive helmet — and it just gets weirder from there. The Castle of Otranto is like a thriller on speed and steroids, packed with melodrama and creaking doors, pounding waves, hysterical weeping, and dastardly attacks on virginal women. It’s a serious novel, but seems ridiculous by modern standards. Pick up a copy if you want to see what Walpole and other Gothic novelists wanted the genre to be. 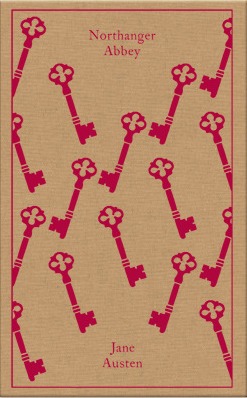 Northanger Abbey was published just a few months after Jane Austen’s death, and is her most scathing social commentary. It’s also incredibly funny. The main character, Catherine Morland, is a silly thing who has read more trashy romance novels than she has brain cells. She can hardly believe her good luck when she is invited to stay with the Tilney family at Northanger Abbey; Catherine believes that, like the heroines in her favorite novels, she will uncover a dangerous secret there or possibly see a real ghost! After stumbling into several embarrassing scrapes, Catherine must learn the hard lesson that not everything is the way it’s portrayed in books. 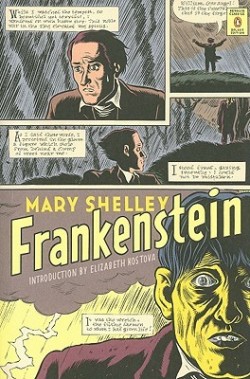 A lot of people read Frankenstein in high school English; if you missed that chance, don’t let it slide by again this October. Shelley’s novel about a scientist playing God and creating a monster is creepy and beautiful. Like Austen’s novel, Frankenstein is a social commentary, albeit a more serious one. What are the unforeseen consequences of a mad scientist’s obsession? How far can science go, and how far should it? 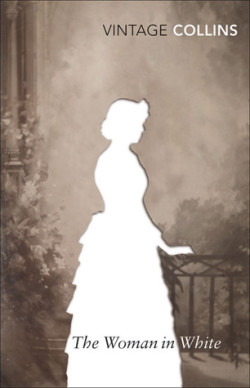 Collins’ famous novel is somewhere between The Castle of Otranto and Frankenstein on the Gothic scale — it’s got some crazy supernatural elements, but also includes some more modern elements like switching between several first-person narratives. It’s long — almost 600 pages — and has a little bit of a “This can’t possibly get any crazier, right?” kind of feel, but it’s a great read. It also contains one of my favorite quotes ever:

No sensible man ever engages, unprepared, in a fencing match of words with a woman. 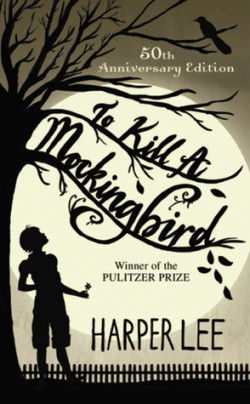 At this point you might be thinking, “What the what? To Kill a Mockingbird is a quasi-autobiographical drama!” But think about it for a second. We’ve got a creepy old house down the street, there’s a scary bad guy living in said house, an intrepid heroine, attacks under cover of dark, and a general sense of foreboding. Sounds Gothic to me, and in fact it’s part of the Southern Gothic genre — it’s got all the classic Gothic elements, plus it’s set in the Deep South. Which is, hello, the best place to set a spooky novel! 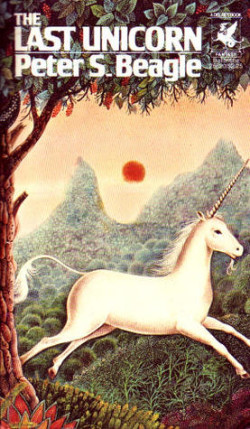 Chances are if you’ve heard of this one, you’ve actually heard of the 1982 film The Last Unicorn. It’s a weird-ass little movie, and doesn’t do the book justice (shocking, right?). It’s got some great Gothic elements — a crumbling castle, supernatural everything, plus a little romance — without being overwhelming.

It’s not a novel, but anything by Poe typifies Gothic literature. The Raven is arguably his most famous piece of poetry. It’s bizarre, dark, and deliciously spine-tingling, especially when performed by an actor who really knows how to perform the shit out of poetry:

Gothic novels are a great way to get into the Halloween season spirit for those looking for a break from straight-up horror (although if that’s your thing, I recommend Joe Hill’s Heart-Shaped Box and R.B. Chesterton’s The Seeker). And if you find yourself curled up with Frankenstein or The Woman in White this Halloween, don’t be scared if you hear a tapping, as of some one gently rapping, rapping at your chamber door…